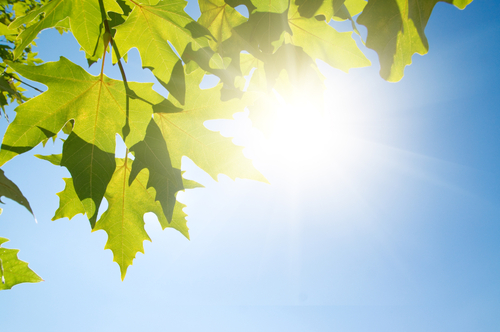 Summer is the season when many of us spend most of our time outdoors, enjoying the sunshine and the warmer temperatures. Unfortunately, however, the heat of the summer sun can worsen the symptoms of chronic obstructive pulmonary diseases, or COPD.

According to research by Johns Hopkins University and presented at the recent 2014 American Thoracic Society International Conference, COPD patients exposed to warmer temperatures, whether inside or outdoors, saw their symptoms worsen.

The study followed 84 former smokers who had been diagnosed with moderate to severe COPD. Each was observed three times for a week at a time, with each observation period spaced three months apart. Participants measured both the indoor and outdoor temperatures and assessed their symptoms daily, including their lung production, breathlessness and cough production, as well as their need for an inhaler.

The study included 602 “warm weather” days, defined as the time between the first and last day of temperatures higher than 90 degrees Fahrenheit. Of those days, participants went outside 48 percent, according to the results.

“Although participants spent most of their time indoors, outdoor temperature was associated with increased symptoms on days participants went outdoors,” the study’s authors wrote. However, while exposure to the outdoor heat did result in a rise in symptoms, it didn’t affect the need for medication or the patients’ lung function.

“The findings of clinically significant changes in disease-specific indicators of COPD morbidity support the need for adaptive approaches to protect such individuals from adverse respiratory health effects of heat exposure,” the authors wrote.

According to the COPD Foundation, signs of acute exacerbation include: